A Game of Towers 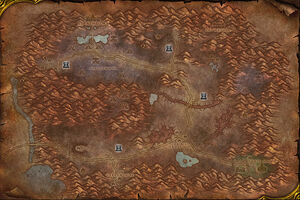 In the wake of the recent Scourge invasion, the Eastern Plaguelands of Lordaeron have gained new strategic importance in the ongoing struggle between the powers of Azeroth. Naxxramas looms on the horizon, and the Scourge is preparing to move once again. The floating necropolis is a clear threat to all of Azeroth, but the presence of one of the Scourge's most important agents also provides a great opportunity to those willing to take the fight to the heart of the undead war machine. With this goal in mind, the Horde and Alliance are now vying for control over strategic points in the Eastern Plaguelands.

Four towers are crucial to establishing complete strategic control over the Eastern Plaguelands: Crown Guard Tower to the south, Eastwall Tower near Light's Hope Chapel, Northpass Tower to the north, and Plaguewood Tower in the northwest.

In order to capture a tower, a player must have PvP enabled. Capturing a tower is based on a tug-of-war system (much like Eye of the Storm).

When a tower is captured, a message is displayed in the local defense channel. Mousing over a tower on the map will display its ownership, and if it is contested or progressing.

When a faction controls at least one tower, that faction's players are granted the buff

The effect is based on the amount of towers controlled:

Aside from the Echoes of Lordaeron buff, players may specifically look to control the Northpass Tower for Lordaeron's Blessing, as this buff functions in Naxxramas, Scholomance, and Stratholme.