Against the Odds (quest) 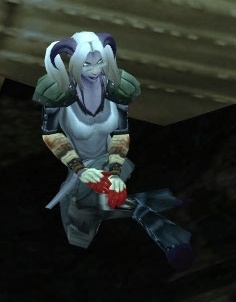 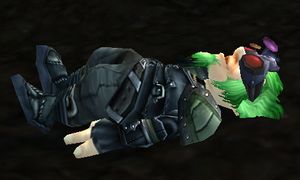 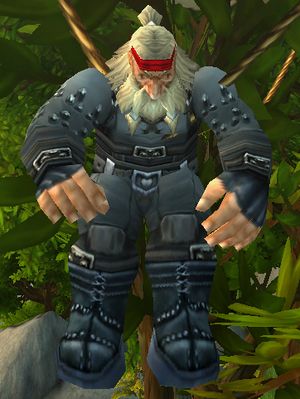 You and I are the only mission operatives who made it to base camp, <class>.

I saw the other SI:7 eject over the forest to the north.

HOW DID YOU FIND US?

NOT BAD FOR A NEW RECRUIT.

[86] No Such Thing As A Free Lunch before heading out. Head north out of town, west (left) of the lake. Adventurers first come across Sandra Emerella, the provisions officer:

Sandra Emerella says: Hey, <class>! Help a gal out, would ya?

Immediately turn in No Such Thing and pick up

[86] Steaking a Claim from her. Keep heading northeast to find Donovar Murall, the flight master:

Turn in Flightmaster Down and pick up

After starting both of the new quests, head into the trees. Before focusing on the other quests, keep an eye out on the minimap for gossip bubbles, representing the three SI:7 agents. They can be found in the middle of the forest by the gnomish bomber, either a few yards behind it, or in the tree just above it. Speak with all three, turn in Against the Odds, and pick up

<The gnome's face is streaked with smoke and burns, but he's alive.>

Wake him up.
Nodd Codejack says: Woohoo, that was some crash. All my parts seem accounted for. Thanks, rookie.

HEY ROOKIE! DID YOU SAY SOMETHING TO ME? SORRY, MY EARS ARE STILL RINGING FROM THE EXPLOSION!

Loudly explain how to get back to camp.
WHAT? FOLLOW YOU? OKAY!

<The dwarf is unconscious, but otherwise unharmed.>

Wake him up.
Sully hops out of his chute and lands on the ground.
Sully "The Pickle" McLeary says: Oof! I reckon we fared better'n Amber and Nimm. Saw their plane burn up further inland. Thanks, <class>.

[Gingerleaf] off the ground, and revive Wounded Crewmen. Either right-click on the crewmen to use a quest-provided heal, or toss a heal or a bandage to go much, much faster.

After completing all of the objectives, make sure to turn in Saving Snowpuff and Steaking a Claim up by the lake before returning to Wayward Landing.