Difference between revisions of "Alliance"

Humans, night elves, dwarves, gnomes, draenei, and most recently worgen make up the illustrious Alliance. Proud and noble, courageous and wise, these races work together to preserve order in Azeroth. The Alliance is driven by honor and tradition. Its rulers are champions of justice, hope, knowledge, and faith. In a time when chaos and uncertainty reign, the Alliance remains steadfast in its determination to bring light to the darkest corners of the world.[2]

The Alliance (aka Grand Alliance[3]) is one of two major political factions of the mortal races in Azeroth, its counterpart being the Horde. The Alliance consists of powerful cultures and groups bound not by desperation or necessity, but by their deep commitments to abstract concepts like nobility and honor.[4] The Alliance was once also known as the Alliance of Lordaeron when its leadership was centered in Lordaeron. However, the Alliance was forced to move the bulk of its forces to Kalimdor and to the southern Eastern Kingdoms continents of Khaz Modan and Azeroth after a plague of undeath ravaged the Kingdom of Lordaeron several years ago. It has since lost many members as well as gained new allies.

The major partners in the Alliance are:

The uneasy truce between the Alliance and the Horde in the aftermath of the Third War was soon broken when several battlegrounds between various forces of the factions erupted:

Other members, factions and allies

The modern Alliance is the successor to the Alliance of Lordaeron, which was created at the behest of King Terenas Menethil II of Lordaeron and Lord Anduin Lothar of the kingdom of Stormwind following the First War, five years after the reckoning. The human, dwarf, gnome, and high elf races allied together to fight off the orcish Horde.

Aftermath of the Second Invasion

Events of the Second Invasion led to an alliance with both the night elves and the Horde. The former became permanent, while the latter did not.

Following the Second Invasion, many of the surviving high elves rebranded themselves as blood elves and rejoined the Alliance shortly after the invasion, only to leave it again following an attempted purge by Grand Marshal Garithos. The true high elves remain loyal to the new Alliance, most notably the ones dwelling in Theramore under Lady Jaina Proudmoore and Captain Darill and in the Hinterlands at Quel'Danil Lodge, apparently led by Jalinde Summerdrake. More recently, high elves have grouped together in Northrend as the Silver Covenant.

A few years later, the draenei joined the Alliance. Stranded a world away from home, they are trying to establish a new base on Azeroth from the wreckage of the Exodar as well as gain the trust and cooperation of the Alliance.

During the events of the Cataclysm, another race joined the ranks of the Alliance; the worgen of Gilneas. 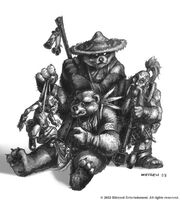 The Alliance is not a uniform governmental body, but is a coalition of mutual military and economic aid. Housing the Alliance Assembly, Theramore was once considered the official home of the new Alliance, when Stormwind was bound under Onyxia's thrall under the guise of Katrana Prestor. The inability of Stormwind to act forced both Theramore and the night elves to step in, resulting in a growing gap of cooperation between the two continents. This, however, is no longer the case with King Varian's return and the death of Onyxia. Varian's direct aid to the Night Elves has won their trust, and Jaina's constant presence with him as an advisor (and to temper his edges) has firmly reunited Theramore and Stormwind once more.

In the past, certain rules, customs, and regulations were a constant hindrance to mutual actions across the entire Alliance. This made cooperation sluggish, and considerably slowed the rate at which the Alliance was able to reclaim its former lands and glory. Despite the problems and intrigues within their leadership, all parts of the Alliance are steadfast in their desire to reclaim and rebuild, and all members share a distrust of the Horde. Approximately 800,000 souls belong to the allied races spanning two continents (based on membership numbers of the Church of Light)[9]. The Alliance is a great and peaceful body overall, their might being legendary, but their desire for peace, even stronger. Above all, where Jaina Proudmoore and Tyrande Whisperwind are good at coordinating their efforts on Kalimdor, Lady Katrana Prestor of Stormwind was doing a fine job of undoing the Alliance in the Eastern Kingdoms,[10] however she has been slain in lore and King Varian Wrynn has now taken his rightful place as king.[11]

Even now, as always, humans are the glue that hold the Alliance together, being the most numerous and diplomatic of the member races. The armies of Stormwind are stationed through out the Eastern Kingdoms, trying to retake regions such as Duskwood, Westfall, and The Redridge mountains. The armies of Ironforge are mainly stationed in Khaz Modan along with their Gnome allies, and the Night Elven armies are mainly defending northern Kalimdor from Horde's deforestation of the Ashenvale. The remaining Draenei forces are still trying to secure their new home on Azuremyst Isle, and are also stationed in Outland. The recently brought in Gilnean armies are defending themselves from the endless onslaught of the Forsaken.

Technologically speaking, the Alliance is strong, with gnomish and dwarven inventions.

All too frequently, war is the primary driver of technological advancements. The Ironforge dwarves spearheaded this trend, developing gunpowder and firearms as a way to achieve an edge against their foes in combat. Flying machines, originally just curiosities or at best scouting tools, are now being outfitted with flak cannons and bombs. Who knows where these advancements will lead? Technology is the system by which an entire society provides for the wants and needs of its population.

Thus, the dwarves of Ironforge are said to be more technologically advanced than the tauren of Mulgore, who are themselves far more advanced than, say, kobolds or troggs.[12] The Alliance views technology as an extension of a new way of thinking. Humans view technology as a powerful tool, as gnomes and dwarves invent new weapons, devices, and vehicles of war that the humans can benefit from.

Dwarves and gnomes are the true masters of steam and brass; for them, forge and artifice has always been a way of life. The ability to craft magnificent weapons of destruction appeals to the dwarven sense of war, and firearms have become a respected aspect of their culture. Dwarven riflemen are feared, and their steam tank crews are also given tremendous respect for their skill in guiding their magnificent weapons of war.

It is clear to all of the Alliance races that the battlefields are changing thanks to technology. Firearms are a tremendous equalizer, and a trained sniper can be as deadly to a knight as a dragon’s breath. The machines of war provide protection and weapons that level the field even against the mightiest of monsters. That the Alliance is aware of this bodes well for their future.[13] Also, with the inclusion of the draenei into the Alliance, the advanced technology of the draenei is now available.

Strategy in combat is the first step toward winning, and the Alliance uses to its fullest. They take advantage of their typical numerical advantage, to overwhelm opposition with shield and sword. They posses great Arcane spell casters which can be seen taking out many troops single-handedly from behind the front line. They have some great shock infantry with the dwarves and draenei, who prove very resilient on the battlefield. The Alliance is also known for its heavy cavalry where mounted human knights and paladins have more than once broken through ranks of Orcs, demons and undead. These mounted warriors have long symbolized the strength of the Alliance armies.

Typically they will utilize flanking tactics, night elven and high elven archery, combined with superior technology and maneuvers to turn battles in their favor allowing heavier troops like human knights and dwarven riflemen to finish their enemies off with the blade and shot. The scouts and rogues of organizations within the Alliance such as SI:7 are used to gather intelligence on the enemy forces and can even be used in sabotage tactics behind enemy lines. Their commanders are very smart, studying the art of war from a young age, and are able and adept commanders who will utilize their armies to the fullest, on the battlefield.

Although the Alliance has built an impressive army in the past years, finding strength in its diversity and numbers, weak points still exist that the Alliance’s enemies can take advantage of when fighting. For example, some lackluster commanders exist within the ranks. Though through this they still maintain a very impressive army.[14]

File:Lorderan Tabard.jpg
The Seal of Lordaeron is used prominently in Alliance culture.

The Alliance is proud of itself. Their people are sophisticated and learned, and they excel in the intellectual pursuits such as arcane magic and engineering. Even after three bloody wars, they still view themselves as overall smarter than the Horde, and believe that greater brain power wins out over primal force. This is even after they fought alongside the Horde in the Third War and saw how they had changed. They underestimate the Horde, especially the new Horde under Thrall, and could easily be guilty of underestimating their enemies’ abilities.[14]

Though their powerful command of the arcane is a point of strength in the Alliance’s arsenal, it also shows a weakness. The magi are weak and easy to kill, if an enemy can break through their protections.[14] The benefits of these spellslingers in combat are very rich, causing destruction from a distance unchecked by the enemy. 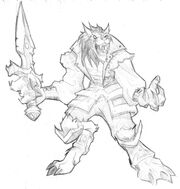 The front lines of the Alliance’s armies are always in danger against the physically stronger Horde, especially the orcs and tauren.[14] Draenei are the strongest Alliance race, and the arrival of the Worgen in Cataclysm will probably add another brute force to Alliance aswell.

Though the Alliance has a vast amount of territory, its distribution is almost one sided, most of the Alliance territory is in the Eastern Kingdoms. The Alliance presence in Kalimdor is weak, confined mainly to Teldrassil, the islands of Azuremyst and Bloodmyst, and Darkshore (the only mainland Alliance territory in Kalimdor). Though they have also made a strong establishment in Dustmallow Marsh on Theramore Isle. It should be noted that there is a rapidly growing revanchist movement among the Alliance ranks, fueled increasingly now that Varian Wrynn has returned to Stormwind; should the Horde attempt to overwhelm any of the vulnerable Alliance holdings, then it would likely spark all out war, and thus this weakness would prove to be a strength.