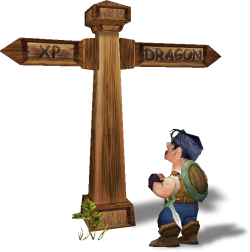 First of all it should be mentioned that if you want to reach some point on the map while you're still low level, and the way is too dangerous, your best bet is to have a mage friend who can portal you to the capital cities for your faction. That should get you closer to where you want to go.

Any Alliance mage level 40 or higher should have the portal spells for Ironforge and Stormwind. However the portal to Darnassus is only available to mages level 50 or higher.

You should be prepared to give the mage some coin. Each portal consumes a

[Rune of Portals], which costs 20s each.

Of course this method costs money and you're unable to collect flypoints on the way. Still, if you simply want to reach Stormwind as a level 6 night elf, just because all your friends are one of the three other races, and you want to level together, it's the fastest way.

If you want or need a travel route added to this guide, put your request in the discussion area.

The Alliance homelands are divided between the islands northwest of Kalimdor (Teldrassil and the Azuremyst Isles) and the southern subcontinent of the Eastern Kingdoms.

How To Get To Each Region

From Dun Morogh, go to the Tinker Town in Ironforge, then take the Deeprun Tram to Stormwind City.

From Elwynn Forest, go to the Dwarven District in Stormwind City, then take the Deeprun Tram to Ironforge.

From Silverpine Forest, go north or swim across Lordamere Lake from Dalaran.

From Dun Morogh, go east.
From Menethil Harbor in the Wetlands, go east and then south.

From Elwynn Forest, either swim across the southern river, or go east until you reach the crossroads leading to Redridge Mountains and Duskwood.

From Arathi Highlands, go northwest through a passage in the wall.

From Dun Morogh, go east to Loch Modan, then north.
From Teldrassil, take the hippogryph route from Rut'theran Village to Auberdine, then take a boat to Stormwind Harbor, from there the Deeprun Tram to Ironforge, then walk through Dun Morogh to Loch Modan and from there to Wetlands

From Wetlands, go north through Dun Modr and Thandol Span.

From Wetlands or Dun Morogh to Loch Modan, then go south.

From Elwynn Forest to Duskwood to Deadwind Pass, then go east.

From Arathi Highlands to Hillsbrad Foothills, then go northeast (behind Durnholde Keep).

From the Badlands, go west.

From the Swamp of Sorrows, go south.

From the Searing Gorge, go south through Blackrock Mountain, around the perimeter of the molten span, to the south exit.

From Hillsbrad Foothills, swim the river to the northeast.

From the Western Plaguelands, go east.

From Theramore Isle, swim north along the coast.
From Ashenvale, go east of Astranaar and then south to the Northern Barrens, follow the Gold Road south, then cross the east river separating the Barrens and Durotar.
From Azshara, swim Windfury River south, then follow ashore east.

From the southern Southern Barrens (accessible from Dustwallow Marsh), go west, and pass the Great Gate.

From Stormwind, go to Stormwind Harbor, then take a boat to Rut'theran Village. From there, take a flight path to Lor'danel.

From Ashenvale, go east of Astranaar and then south.
From Azshara, swim Windfury River south, then follow ashore west.

From Theramore Isle, swim north along the coast, then go west (safer than going through Dustwallow Marsh).

From Ashenvale, take Talondeep Path in the south, east of Mystral Lake.

From the Southern Barrens, go south.

From the Charred Vale in Stonetalon Mountains, go south.

From Dun Morogh, reach Menethil Harbor in the Wetlands, then take a boat to Theramore Isle.

From Theramore Isle, swim south, drown when you get into Tanaris waters, drown, resurrect there.

From Ashenvale, take the road east.

From Raynewood Retreat in Ashenvale, take the road north.

From Gadgetzan in Tanaris, head southwest through the desert. The Crater is west of Tanaris. DO NOT jump.

In Felwood, become not hostile to the Timbermaw Furbolgs. Then travel through Timbermaw Hold in the north of Felwood (alternatively, can be accessed from Moonglade). Take the East tunnel to Winterpring.

Non-druids: from northern Darkshore, swim east until you get into Moonglade waters, drown, resurrect there (safest).