Altairus is an immense storm dragon and the second boss of the Vortex Pinnacle.

The immense storm wyrm Altairus maintains an unyielding vigil over the hovering platforms of the Vortex Pinnacle. The very energies of the storms pulse through this being, and he is said to command the wind currents that buffet the elemental fortress. 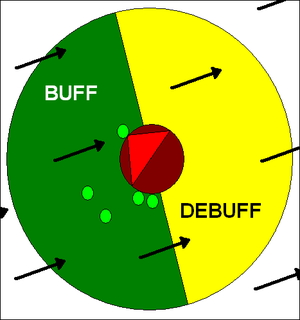 It's possible for all players to get the Upwind buff.

order to gain the Upwind of Altairus buff and avoid the negative Downwind debuff.