This article is about the staff. For the arcane entity of the same name trapped in the staff, see Aluneth (entity). For the item from Legion beta, see

[Aluneth].
Not to be confused with Alumeth. 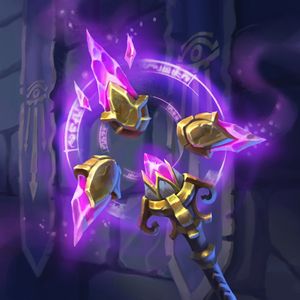 Aluneth, Greatstaff of the Magna, is the artifact used by arcane mages in World of Warcraft: Legion.

Aluneth was most notably wielded for a time by Aegwynn, the only female Guardian of Tirisfal, although stories indicate that it is far older than she. She is said to have found the staff roughly a century after she took up the mantle of Guardian, and to have wielded Aluneth in many battles against the Burning Legion. Several years before relinquishing her title, she retired the staff, but none know where she might have stored it.[1] 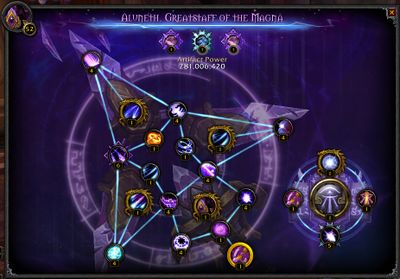 When equipped, certain zones, characters and events can cause Aluneth to say or whispers things to the players, similarly to the