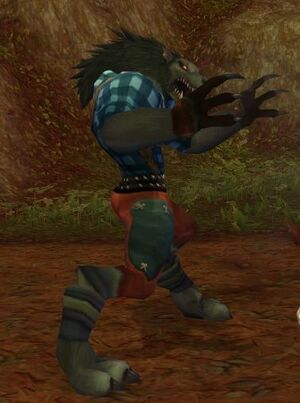 Anatoly is a human at the White Pine Trading Post in Grizzly Hills. He is being held hostage by Sasha. He is killed by her during the quest

Sasha says: I'm old enough to shoot beasts like you right between the eyes... at twice this distance.

Sasha says: I'd rather be dead than be one of you! You still think you're human? You're... animals!

Sasha says: Don't you dare talk about my father, monster. He was twice the man you'll ever be.

He is involved in the quest