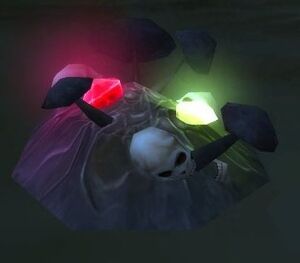 Ancient Lichen is an herb that can be gathered with Herbalism (340).

[Fel Lotus] in addition to the herb.

Due to the difficulty in acquiring this herb, and the need for 7 in

[Flask of Fortification], Ancient Lichen is in high demand.

Rogues and Druids can sneak into the Slave Pens or Underbog to collect some Ancient Lichen spots without getting into a fight, others at level 70 can perhaps solo the first mob groups.