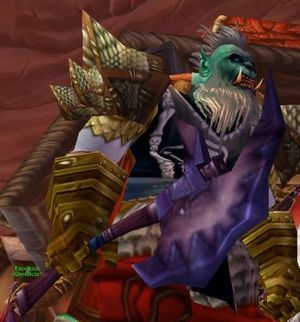 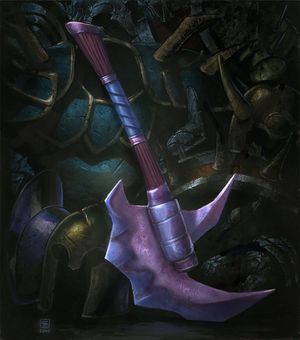 Annihilator is a one-hand axe crafted by high-level Blacksmiths.

This item is created with Blacksmithing (300); taught by

[Lifestealing], and this axe becomes a very good tanking weapon that will generate a lot of aggro.