Antoran Wastes is a zone on the planet of Argus. It serves as one of three zones on Argus and hosts the raid Antorus, the Burning Throne, dominating the western half of the zone. It is located inside the rift that bisects Argus, embedded on a cliff near the top of the rift.

The Antoran Wastes are a barren area, fully consumed by the fel. To the north is a factory/laboratory area centered around the Spirit Crucible and assaulted by Illidan from the Veiled Den. To the south, the artillery at Felfire Armory defends the port of Terminus and is assaulted by Alleria at Light's Purchase. The western half of the area is dominated by Antorus, the Burning Throne. 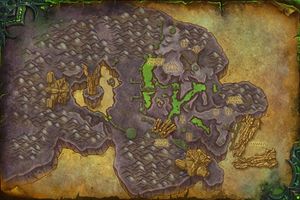 Map of the Antoran Wastes. 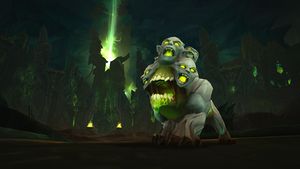 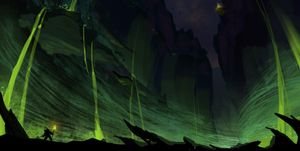 Concept art of the Antoran Wastes.