From Wowpedia
(Redirected from Apexis Crystals)
Jump to: navigation, search

For the Burning Crusade item, see

Apexis Crystals are taking the place of

Apexis crystals were created by the ancient Anhari and Skalaxi orders of the Apexis to contain knowledge in lieu of scrolls or tomes, and just touching one is enough to gain the knowledge from within them. It is even possible to see the memories of the one who constructed the crystal.[1] In the slowly expanding Gorian Empire, Apexis crystals became highly prized and eagerly sought out by ogre sorcerers.[2]

One configuration of stars causes an unusual vibration in the crystals strewn across Draenor, relics of the ancient Apexis. Some swear that the crystals will multiply when left unattended beneath the night sky, but none have seen the phenomenon firsthand. A skilled diviner can use Apexis crystals to reveal oil deposits beneath the earth.[3]

Level 100 daily Garrison Support quests reward anywhere from 800 to 1000 Apexis Crystals, and most level 100 rare mobs drop some as well. Additionally, fending off the weekly Garrison Invasion will also award some crystals.

Work orders around the garrison have a chance to grant crystals.

As part of the quest chain to acquire the legendary ring, Archmage Khadgar wants exactly 4,986 Apexis Crystals to empower the item level 640 ring into an item level 680 version in

Once a week, players may trade in increasing amounts of Apexis Crystals to acquire a

[Seal of Inevitable Fate], which awards one Bonus roll in Warlords 6.2 raid content, via the following weekly quests: 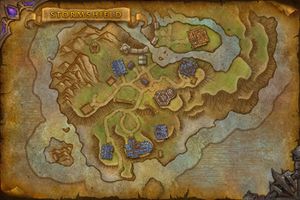 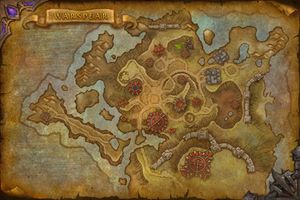 Trade in crystals to vendors at the faction capitals in Ashran: Stormshield and Warspear for the Alliance and Horde, respectively.

Most Draenor reputation factions sell a few items in exchange for Apexis Crystals:

See the Warlords of Draenor reputation rewards article for a full list.