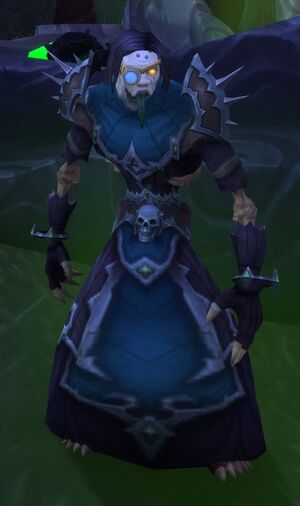 During the Battle for Darkshore.

Apothecary Keever is a Forsaken that can be found in Undercity.

He is the assistant of Master Apothecary Faranell, and a Forsaken whose brain had obviously been damaged by his first death. He mutters to himself in the third person. He assisted Faranell in showing effects of the new Blight to Sylvanas Windrunner.[1]

He is also found in the Hall of Shadows.

He later appeared in Deliverance Point on the Broken Shore.

He participated in the Battle for Darkshore.