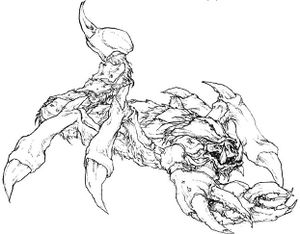 Arachnathid are creatures native to Northrend, resembling scorpions and scorpids. The nerubians once controlled them and used them as guardians of Azjol-Nerub,[1] and possibly other areas. They mostly lost their control over the arachnathid when the Scourge came. Although they were not encountered during the Wrath of the Lich King, they are still very much alive roaming the lands.[2][3] 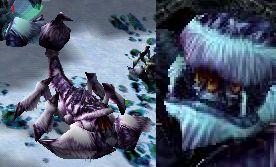 An arachnathid in Warcraft III.

Arachnathid present one of the greatest unexpected dangers for unwary travelers in Northrend, particularly in the Icecrown area. These crawling insectoid horrors possess a pair of powerful claws that rend and tear as well as a poisonous sting that can prove fatal to much larger creatures. Though they do not possess intelligence, they have a cunning that seems to anticipate its enemy's moves and alerts it to their weaknesses. Arachnathid are often found in groups, though they tend toward solitary attacks, except when in the presence of one of their mysterious "overlords." They make their lairs underneath rocks, inside caves, or within shallow burrows. Arachnathid are territorial in nature and generally don't pursue opponents beyond the area they consider to be theirs. Smart travelers and native creatures generally give arachnathid a wide berth. They have no language, as such, though they do seem to communicate with a series of chitters and clacks intelligible only to other arachnathid. Some scholars theorize that they are related to the scorpids, a species found in warm climates.[4]

Arachnathid seem to have a complex social structure, similar to that of nerubians, with "kings" and "overlords" as well as lesser minions (although those may be just names given by travelers to especially big examples of the species).