Not to be confused with arcane elemental. 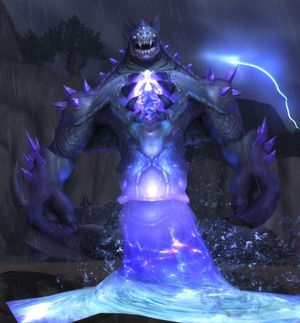 The Wrath of Azshara.

Arcanamentals[1] are naga handmaidens who sacrifice themselves to become instruments of Queen Azshara's will, becoming huge, powerful elementals of storm and magic.[2]