Were you looking for the type of animated object and golem called arcane guardians? 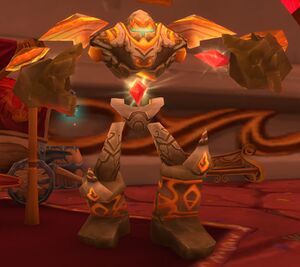 Arcane Guardians are magic-powered golem-like creatures used by blood elves as sentries. They roam about Silvermoon City and supplement the city's blood elven guards in the city's defense.

Prior to this patch, the guardians stated "Remain strong. Kael'thas will lead you to power and glory!" This change represents the defection of the Blood Knights, and much of Silvermoon, from Kael'thas.