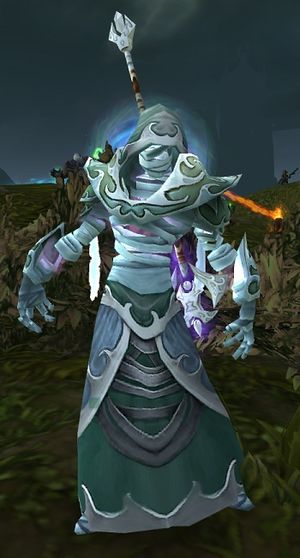 An arcane reforger was an NPC that offered players reforging, the opportunity to exchange 40 % of a secondary stat on a weapon or armor for another. They were found near the Void Storage and Transmogrification NPCs in Orgrimmar and Stormwind City. You could ask the city guards for directions before their removal.

The Reforging system and associated NPCs have been removed from the game as of Warlords of Draenor.