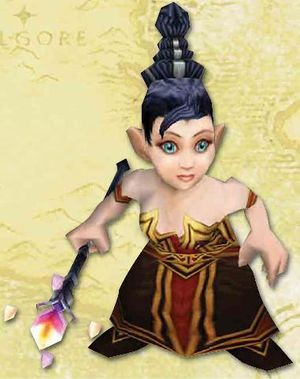 Archmage of Kirin Tor (aka Archmage of the Kirin Tor)[1] is a prestige class. The mages' order of the Kirin Tor has waned since it was nearly destroyed in battle against Arthas and Kel'Thuzad. Yet some of the archmages survived, scarred and worn for their efforts to stop the march of evil and the destruction of the Violet Citadel.

Those few who lived swore an oath of vengeance. The Archmages of the Kirin Tor bear a deep hatred for the arts of necromancy and the servants of dark powers. Now they hide within the domed ruins of Dalaran. Some say they plan to rid the lands of Azeroth of the Forsaken, destroy the remnants of the Scourge and the Burning Legion, and rebuild the Violet Citadel, restoring Dalaran to its former glory.

Their mastery of the arcane makes them potent and fearsome in aspect and power. Having learned much from their defeat, the archmages have become even more dangerous to the forces they oppose.

Arcanists following the path of the necromancer or the warlock are not welcome in the Kirin Tor. In fact, they are lucky to escape the wrath of the archmages alive.[2]