“The Lich King must answer for what he has done, and must not be allowed to cause further destruction in our world. I make a promise to you now, brothers and sisters: the Lich King will be defeated! On this day, I call for a union. The Argent Dawn and the Order of the Silver Hand will come together as one! We will succeed where so many before us have failed! We will take the fight to Arthas, and we will tear down the walls of Icecrown! The Argent Crusade comes for you, Arthas!” 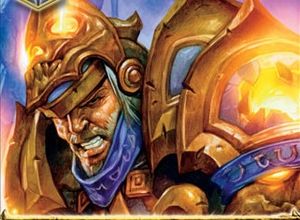 Tirion Fordring, the former leader of the Argent Crusade.

The Argent Crusade is an order of holy warriors formed from the union of the reformed Order of the Silver Hand and the Argent Dawn.[2] Led by the paladin Tirion Fordring, the Argent Crusade was a major contributor to the successful campaign in Northrend that toppled the Lich King. Since the Cataclysm, they work to restore the Plaguelands of northern Lordaeron.

The Argent Crusade was formed shortly after the Battle for Light's Hope Chapel by Tirion Fordring — leader of the reformed Silver Hand — who reclaimed, and evidently purified the Ashbringer during a confrontation with the Lich King. He assumed a leadership position over the Argent Dawn and united the two factions in order to take the fight against the Lich King to Northrend.[3]

Tirion Fordring handpicked every member in the Argent Crusade in order to avoid infiltration by the Cult of the Damned.[4] This was presumably to prevent a repeat of the Inigo Montoy incident, which resulted in Naxxramas returning to Northrend and Kel'Thuzad regaining corporeal form.

Since the Cataclysm, the Argent Crusade has strengthened its presence in the Plaguelands, claiming not only outposts formerly held by the now-defunct Argent Dawn such as Light's Hope Chapel, but also the former Scarlet Crusade town of Hearthglen, and the four towers that span through the Eastern Plaguelands; around which the plague has receded. They also joined forces with the Cenarion Circle to help heal the Plaguelands from its blighted state.[5]

The Argent Crusade has resumed the Argent Dawn's original mandate: to fight swiftly and mercilessly against any element of evil that surfaces in Azeroth as a non-governmental organization.[6] They also watched Sylvanas's movements during this time.[7]

The Argent Crusade sent an assault force to the Battle for the Broken Shore. Many of the Argent Dawnbringers and Argent Lightbringers died following Tirion Fordring, however, survivors were saved by the joint Alliance and Horde forces.

The Paladin champion assumed the mantle of Highlord of the Argent Crusade after Tirion fell in battle. However, the decision was made to reform the Order of the Silver Hand instead alongside the Sunwalkers, the Hand of Argus, the Blood Knights, and the Silver Hand members located at Stormwind and Ironforge. The Argent Crusade were involved directly in the defense of Light's Hope Chapel during the Ebon Blade's assault to recover Tirion's body for themselves.

During the Fourth War, the Argent Crusade is still active as Sean Wilkers and the adventurer worked on clearing the Scourge out of the Stratholme Service Entrance after the Scourge activity increased in the ruined city.

Forsaken Argent Mages are present in Orgrimmar's new portal room conjuring a portal to Dalaran. Interestingly enough, they are wearing the old

[Tabard of the Argent Dawn].

Led by Tirion Fordring, the Argent Crusade combines the reformed Order of the Silver Hand with the Argent Dawn in one final push against the forces of the Lich King.

Also six quests at the Argent Tournament once you reach a high enough rank.

Note: that these quests will give Knights of the Ebon Blade reputation instead for Death Knights.

Reputation can also be gained by purchasing

[Tabard of the Argent Crusade] 1

from Veteran Crusader Aliocha Segard in the Argent Vanguard. This tabard, while worn in level 80 dungeons, awards 2 to 30 reputation per mob depending on its difficulty and 300 reputation per boss to your standing with the Argent Crusade.

Since Cataclysm, Argent Crusade reputation is also provided by most quests in the Western and Eastern Plaguelands.

Quest list by Zone that provide reputation with the Argent Crusade.

The Argent Crusade and its predecessor the Argent Dawn, both have an unusually high number of undead holy men and women in their ranks compared to any other faction, including the Forsaken. They come as Clerics, Priests, Healers, Initiates and Lightbringers. As such, it is possible that these faithful of the Light are members of the Lordaeron branch of the Church of the Holy Light who were initially freed with the other undead and decided to band apart because of the tendency of the Forsaken to instead be shadow priests.