Ascendant Council is a council encounter in the Bastion of Twilight.

They are Twilight's Hammer members who have ascended and become elementals. The world first heroic kill was by Paragon (25 person) on 2 January 2011.

The Ascendant Council is a three phase council fight. During the first phase, you fight Feludius and Ignacious - water and fire ascendants. During the second phase, you face Arion and Terrastra - air and earth ascendants respectively. During the last phase, you must defeat all four, as they merge together into an Elementium Monstrosity.

As the most powerful Twilight's Hammer cultists to be twisted into elemental beings, the Ascendant Council members have long forgotten their existences as mere mortals. From their wicked sanctum, they oversee the selection of new ascension candidates.

Stage One: You Dare Invade? 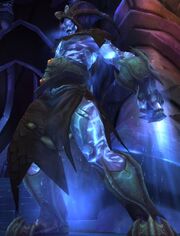 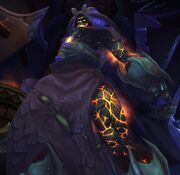 Stage Two: We Will Handle Them!

Once either Feludius or Ignacious reaches 25% health, both Councillors retreat. Arion and Terrastra then descend from above to carry on the fight. 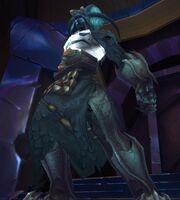 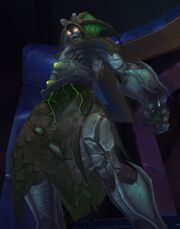 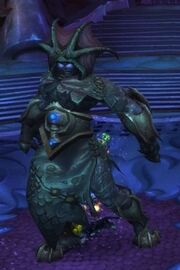 Once either Arion or Terrastra reaches 25% health, the Councillors grow impatient and place all combatants in a stasis field. All four Councillors combine to form the Elementium Monstrosity, beginning the final phase of the encounter.

The initial health of the Elementium Monstrosity equals the combined remaining health of each of the four Councillors.

The first phase pits players against Feludius (ice) and Ignacious (fire) while the others watch from the balcony. It lasts until one of the elementals reaches 25% health. For the first phase, put ranged DPS on Feludius, melee DPS on Ignacious and take them down together. Because the Elementium Monstrosity's hitpoints in phase three depend on how much health the individual elementals had before they despawned, it is ideal to get both Feludius and Ignacious down to 25%.

After Ignacius has cast Inferno Leap (similar to Rajh in Halls of Origination) he will move to the tank and leave a trail of fire. Players should move to the fire to remove the Waterlogged debuff, or they will be stunned and take significant damage when Feludius cast Frozen Blood.

Calling out when Ignacius is about to cast Aegis of Flame is important since the raid will need to focus DPS at that time. If the DPS is focused enough, the Aegis will be brought down before the fire AoE causes too much damage from Rising Flames.

Now Arion (wind) and Terrastra (earth) will come in. Once again, split DPS with ranged on Arion and melee on Terrastra, and try to get them both down to 25% at the same time.

When the phase starts players should be on the lookout for the black tornadoes that spawn - these should not be confused with the Gravity Well that causes players to be grounded. When players have touched the tornado they get Swirling Winds, which will make players avoid the Quake ability by Terrastra that causes about 100k damage. After Quake has been cast, players should move to the Gravity Well to make them Grounded. This will make players immune to the Thundershock ability by Arion, causing about 100k damage.

Once the elementals combine into the Elementium Monstrosity, it will have the combined HP of whatever the four individual mobs had when they despawned. Although Elementium Monstrosity is a tank and spank, the damage from its Electric Instability ability increases with time, hence it is easier if the previous bosses were kept as close to 25% health as possible.

[Elementary], is available for only allowing a single Liquid Ice patch.

Try to have both bosses hit 25% health at the same time in phases one and two, as any remaining health is transferred to the third-phase boss. Wait for the stun to wear off and kill the monstrosity in phase three. There are no mechanics of note for soloing players.

[Elementary], stand just outside the center circle so the Monstrosity won't move. Don't stand underneath it when it spawns, as it will move a few yards away.

Phase 2
Arion yells: Enough of this foolishness!
Terrastra yells: We will handle them!

Phase 3
Arion yells: An impressive display...
Terrastra yells: To have made it this far.
Feludius yells: But now witness true power...
Ignacious yells: The fury of the elements!
Elementium Monstrosity yells: BEHOLD YOUR DOOM!

Casting Glaciate
I will freeze the blood in your veins!

Killing a player
More fuel for the fire!

Thundershock Incoming
The air around you crackles with energy...

Killing a player
Merely a whisper in the wind...

Quake Incoming
The ground beneath you rumbles ominously...

Casting Quake
The earth will devour you!

Killing a player
The soil welcomes your bones!