Aspect of the Viper 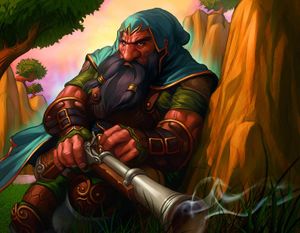 Vipers may appear sluggish, but they can lash out with deadly speed and precision.[1]

Aspect of the Viper caused ranged attacks to regenerate mana but reduced total damage done by 50%. Mana gained was based on the speed of your ranged weapon. Only one Aspect could be active at one time. If wearing at least two pieces of Gronnstalker's Armor, this Aspect also provided a passive effect of 5% of your Intellect in addition to the active regeneration.

[Serpent Sting], all three charges of

[Explosive Shot], all three missiles of

[Multi-Shot], but not including the ticks of Serpent Sting or the damage of

[Volley]) to generate a percentage of the Hunter's maximum mana.

This regeneration could be increased by 10% by applying the

[Glyph of Aspect of the Viper] to one of the Hunter's Major Glyph slots.

After extensive testing it was found that the percentage of mana returned was always between 3.07 and 3.08 percent when

[Glyph of Aspect of the Viper] is equipped. 3.075 percent is a good number to use for better accuracy in determining how long it would take to regenerate a player's mana pool.

To find the amount of mana each shot will return the following formula should be used:

Determining the time it would take you regenerate your mana pool is important in deciding between leather armor with no intellect or mail armor with intellect. The less time you were using Aspect of the Viper the more DPS you would be doing.