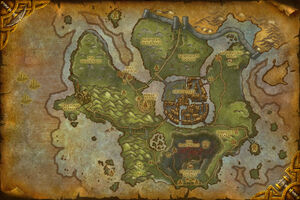 This rogue-only quest is the sixth part of the chain to obtain the legendary dagger set Fangs of the Father. It is the second of several

[Stealth]-based missions in the series, and the first of two assassination missions.

Stealth into the ruins of Gilneas City and slay Hiram Creed within the military district.

The city has been in chaos for days now. Hiram Creed, disguised as a Gilnean, has infected the lot of those dogs with his own draconic blood. Even the Forsaken are having trouble routing him out.

Only a surgical assassination can end this!

The bridge behind me is relatively unguarded. Slip in through merchant's square and head south - you'll find Creed in the middle of the military district.

I'll keep an eye on you and pull you out if there's any trouble.

...There WILL be trouble!

Creed is finished. The Gilneans who followed his lead are on their own now - assuming his corrupted draconic blood works its way out of their system without killing them.

Either way they're no longer a concern of ours. 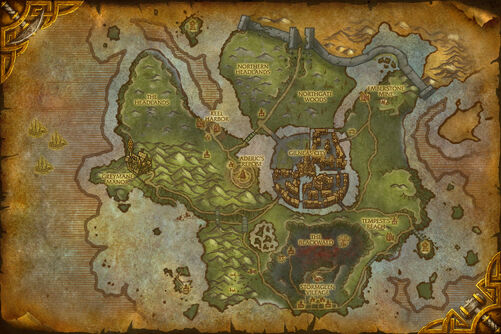 Flying into Gilneas teleports you back in front of Zazzo Twinklefingers:

Getting to Lord Hiram Creed:

Zazzo Twinklefingers whispers: You made it! Creed's dark magic is disrupting my vision - you're on your own from here. Good luck!

After finishing the objective:

The player is teleported back to Zazzo.
Zazzo Twinklefingers says: You did it!! You're my hero, <name>! Prince Wrathion will be delighted.