Avalanchion is located in Avalanchion's Vault in Deepholm. He is the target of the quest

[82] Bring Down the Avalanche.

Prior to the Cataclysm, Avalanchion was part of the periodic Elemental Invasions. He spawned in Azshara amidst a host of rock elementals and was constantly escorted by Thundering Invaders.

Avalanchion is eventually sent by Therazane to aid the Earthen Ring in their fight against the Burning Legion.

Avalanchion no longer drops any loot. During his previous appearance in Azshara, he dropped the following: 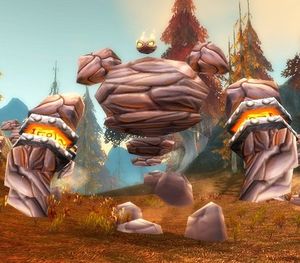 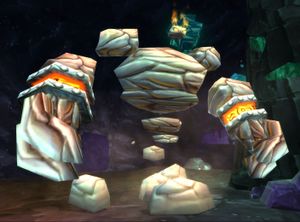 Aggro
Do me know you? No matter. Me crush your bones!

Spawn
You be too scared! Me find you!

Death
What?! You no can beat me! Me will return!