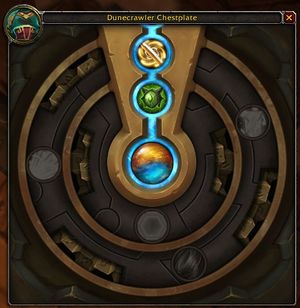 The Azerite interface is a window displaying a set of available Azerite powers for a given piece of Azerite Armor, meaning the helm, shoulder, and chest slots. 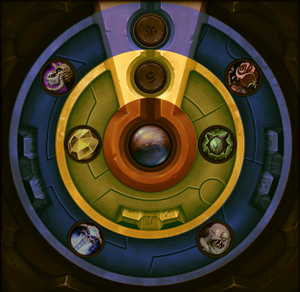 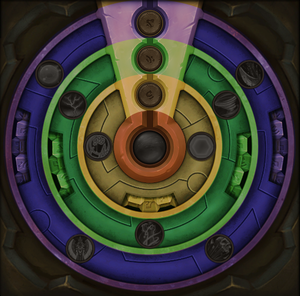 Each ring of traits provides a specific type of benefit for the player to choose from.

Epic-quality gear, such as are rewards from raid dungeons, can have a fourth power tier available, which appears as the armor piece's second ring. Lower level gear will generally only have three rings available, and won't include this second ring.

If one changes their mind on any of the Azerite trait choices, you can always visit the Azerite Reforger in Boralus or in Zuldazar. While the cost is relatively low at first 5

, it will increase in cost the more times it is used. The cost won’t stay that high forever as every two days, the reforge cost will decrease by half.

The blue ring is the first row to unlock and will always contain specialization traits and one location trait.

The green ring will only be present on pieces of item level 340 or higher and will offer the choice of three role traits.

The yellow ring will always contain a choice of two defensive traits.