Barrens chat is a condition which occurs when you have a large, sprawling area that is the primary means of leveling from 10-20.

"Barrens chat is like a stupidity centrifuge, distilling the unexpurgated banal thoughts of a thousand morons into a hardened impenetrable lump of smacktardery, spilling endlessly across the bottom of your screen."[1]

Now, Barrens chat has become all but extinct, as most "trolls", or players that enjoy provoking others into confrontations, spend their days in Trade chat in the main cities. Some servers manage to keep it alive in their own way, but with the introduction of the Random Dungeon system, characters level 15 and higher spend their time leveling through dungeons, so the Barrens is fairly deserted now. There's always the wait in the queue for DPS classes, and the grind from 10 to 15 for those characters without high-level friends to run them through low-level instances, but the occurrences of Barrens chat are much rarer than before.

A common Barrens chat example would be:

And so on. While some find it annoying, many older players remember Barrens chat with fond nostalgia. Barrens chat can be avoided by simply /leaving the general channel.

"Barrens chat" is not, however, restrained to quest-specific topics: puns and wordplay are common, as are discussions with (relatively) more depth, such as philosophy, physics, and subjects encompassing various areas of theoretical science.[citation needed] 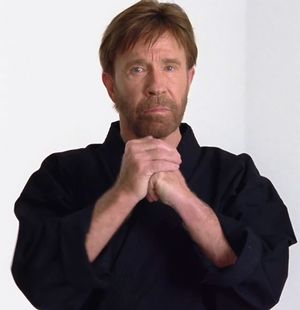 The man, the myth, the legend, the topic of Barrens Chat.

Tauren, orcs, and trolls proceed to the Barrens after their respective starting areas (Mulgore for the former and Durotar for the latter two). It is not uncommon for Forsaken to proceed to this area as well instead of heading to Silverpine Forest. Consequently, most of the new Horde population is stuck here for 10 or so levels. The Barrens is a large and desolate area, branching into other leveling areas such as Ashenvale, Stonetalon Mountains, Thousand Needles, and back to Durotar towards Orgrimmar. As a result, it becomes a massive focal point for characters from as low as level 10 up to level 30. The boredom that results in the long runs to questing areas and hand-ins contributes to the Barrens chat phenomenon.

Sadly, (or fortunately depending on how you view it) Barrens chat is nearly extinct. Barrens chat was prevalent because most players during its heyday were brand new, and therefore inexperienced about the quests in the area, and more talkative. Most players in this level range now are usually alts who have no need to ask about quests or engage in small talk. Moreover, the addition of a flightpath in Camp Taurajo has eliminated the need to make long runs and subsequently addressed most of the boredom that leads to Barrens chat. In addition, the Ghostlands offer another option for leveling through the teens. Barrens chat is, however, making a comeback as of late. With a large flow of new and old players still heading into and through the Barrens, the chat persists as even alts get bored and attempt to incite Barrens chat with often successful results. New topics have included Christopher Reeve, Felsteeds, and flamewars current and recent (usually on the trade channel). The mere mention of Chuck Norris incites a chain reaction of every Chuck Norris joke ever made.

This banter refers mainly to the chat in the Barrens, but can also refer to similar non-game-related chatter in other zones. In such cases, however, the name "Barrens chat" is replaced with a title appropriate to the specific zone.

"Many experienced players level their alternate characters in this zone and frequently make up stuff in general chat to drive the lower level characters into your classic "Barrens chat" nonsense it only takes a little bit to get them going." — Zodd, Thunderlord

While it is usually restricted to tauren character names, Barrens chat sometimes sees an explosion of 'cow' puns and jokes, which often involve plays on various beef- and butcher-related professions and udders.

With the release of the Burning Crusade, blood elves have a chat area that is much like the Barrens, called the Ghostlands (blood-elf starting area for levels 10 - 20). The topics are a bit more quest-related, but still bring out the Barrens nostalgia.

Barrens Chat and Wrath of the Lich King

With the coming of Wrath of the Lich King and the new hero-class death knight starting at level 55, Hellfire Peninsula temporarily became the new version of Barrens Chat. This is because at the start of the expansion almost everyone wanted to try out the new class, which led to over-population and thus evolved into a Barrens Chat situation.

On certain servers, the Goldshire chat seems to have become the Alliance version of Barrens chat. As a popular hangout for both new players and bored high-level players, Goldshire is generally avoided by serious players who do not wish to be aggravated by random /yell commands, fish-stick jokes, and ERPing. Goldshire is usually used for dueling and the Goldshire chat is not as bad.

In the Blizzard Catalog, there is a shirt that reads: "I survived Barrens chat."