The value is in most cases dependent on class only, not on race. A character being both a mana-using class and a gnome does however have a slight advantage compared to another race being the same class due to

As stated above, the base mana pool is only dependent on character class. Each race will have the exact same base mana. The calculation is quite simple.

Mana From Intellect can be seen by hovering your mouse over the Intellect stat on your character screen. The part that says "Increase Mana by XXXX" is how much Intellect is boosting your max mana.

Remove the effect of this talent before doing the computation. For example, if a character has 11000 mana and has a +10% mana effect, then divide 11000 by 1.1 first, to get 10000, then subtract the amount of mana it says is granted by Intellect.

As a sanity check, it can be noted that most spells (as of Patch 3.0.2) cost a percentage of base mana. This can make it very easy to verify that the numbers are correct.

For example, Rank 7 of

[Mind Flay] for a level 70 priest without Focused Mind nor

Table of all values

You can use the following script to print your current Base Mana value, assuming you have no mana increasing effects (such as warlock's

[Fel Vitality] or a

[Beaming Earthsiege Diamond]). The formula subtracts the amount of mana you gain though intelligence from your maximum mana.

The following tables are lists known Base Mana values for each class, by level.[1][2]

NOTE: As of Cataclysm Hunters no longer use mana 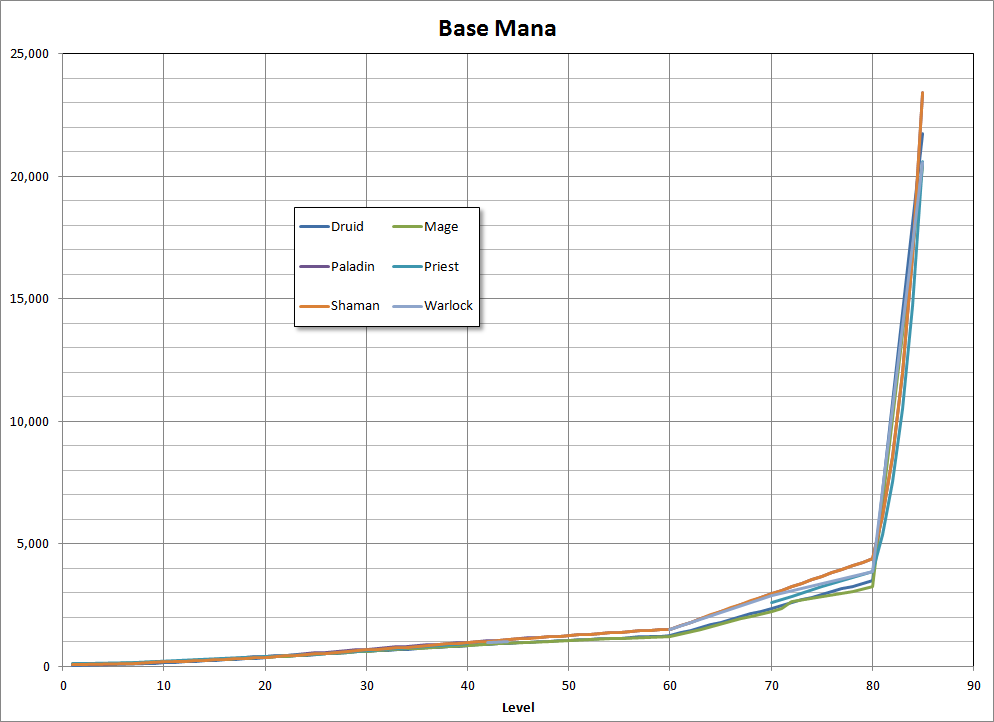