The Bastion of Twilight is an entry-level raid instance that came with World of Warcraft: Cataclysm. It features four bosses plus one optional heroic boss.[1][2] The Bastion of Twilight, along with Throne of the Four Winds and Blackwing Descent, is meant to be the "Naxxramas" of Cataclysm: an entry level raiding experience.[1][2][3] The instance entrance is located on top of the Twilight Citadel[34, 78]

The ravings of some of the cult's more vocal members have been easy to dismiss as mere fancy in the past - but not once one has seen the Bastion of Twilight, the embodiment of the Hammer's fascination with new forms and transcending earthly bodies. The entrance to the bastion sits at the peak of the Twilight Citadel, atop a twisted elementium spire that points at the sky. Here, a portal waits to take the greatest Twilight aspirants... where? No one can say for certain.

What is clear is that the Leader of the Twilight's Hammer, Cho'gall, directs his forces from this dread place. And, whatever the location, it is certain to be near to the Old Gods who dwell beneath Azeroth, and give fruit to the darkest dreams of the living.[4]

The Bastion of Twilight stands as a dark symbol of the Old Gods' burgeoning power on Azeroth. Various branches of the Twilight's Hammer dwell deep beneath the towering form -- considered the cult's foremost command center -- along with their twisted leader, Cho'gall. There, he and his servants conspire to bring the Old Gods' apocalyptic visions to fruition by bleeding Azeroth of all sanity, hope and life.

Despite the entrance portal being atop a tall spire, the Bastion of Twilight seemingly takes place deep underground, with lava seen in several places, and goes deeper and deeper as one progresses. It has a traditional, linear raid design.

After some initial trash in the Bastion Antechamber, one finds Halfus Wyrmbreaker and his Proto-Behemoth keeping watch over several enslaved dragons in the Wyrmbreaker's Rookery. A long hallway filled with Twilight's Hammer cultists stands between here and the Twilight Enclave, home to the the twilight dragons Valiona and Theralion.

Further down one finds the elemental ascendants under Cho'gall's leadership. Here, in the Sanctum of the Ascended, resides the Ascendant Council, which consists of representatives of fire, earth, water, and wind. Those adventurers brave enough to survive this encounter may challenge Cho'gall himself in the Throne of the Apocalypse.

Yet it seems there is more going on than meets the eye. After defeating Cho'gall on heroic mode, the floor drops out to reveal the massive Twilight Caverns, home to Lady Sinestra, consort of Deathwing. She is surrounded by twilight eggs and is sure to be one of the toughest encounters adventurers have yet faced. 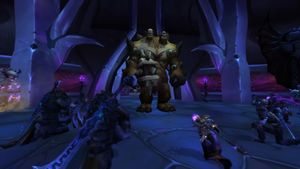 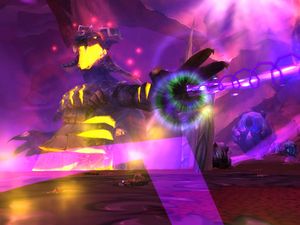