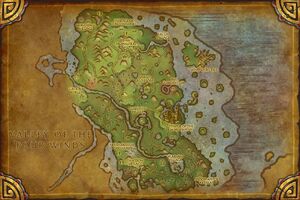 Defeat 8 Tian Pupils in sparring matches at the Tian Monastery.

Alright, <race>. I'd like to see what you're really made of.

You'll find trainees all over the monastery. Challenge them to fights. Push them to their limits. They have been instructed to do the same to you.

Win or lose, you both will come out of the fight stronger.

You may be a hero in your own lands, but here, you must prove your worth.

Alright, I've seen enough. No more beating up on the younger pupils. We will proceed to the next phase.

[86] Your Training Starts Now and

[86] Groundskeeper Wu before heading out.