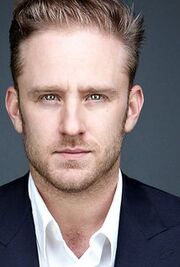 Ben Foster is an American actor best known for portraying Charlie Prince in the 2007 Western drama, 3:10 to Yuma. In addition, he has starred in various mainstream titles, including The Laramie Project, Liberty Heights, Get Over It, Hostage, X-Men: The Last Stand, Alpha Dog, 30 Days of Night, The Messenger, Bang Bang You're Dead, The Mechanic, Contraband, Pandorum and Lone Survivor. He portrays as Medivh, the last Guardian of Tirisfal, in the Warcraft movie.