Beyond the Dark Portal (History of Warcraft) 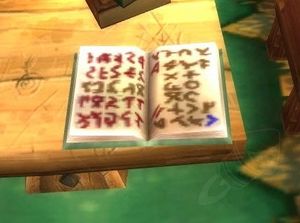 Only a few months after Nethergarde's completion, the energies of the dark portal coalesced and opened up a new gateway to Draenor. The remaining orc clans, under the leadership of the elder shaman, Ner'zhul, charged forth into Azeroth once again. Intent on stealing a number of magical artifacts that would increase Ner'zhul's power, the orcs planned to open up new portals in Draenor that would allow them to escape their doomed red world forever.

Convinced that Ner'zhul was planning a new offensive against the Alliance, King Terenas of Lordaeron sent his armies into Draenor to end the orcish threat once and for all. Led by Khadgar and General Turalyon, the Alliance forces clashed with the orcs across the burning landscape. Even with the aid of the elven Ranger Alleria, the dwarf Kurdran and the veteran soldier Danath, Khadgar was unable to prevent Ner'zhul from opening his portals to other worlds.

The tremendous magical storms caused by the portals' converging energies began to tear the ravaged world apart. Ner'zhul, followed only by his most trusted servants, managed to escape through one of the portals as Khadgar fought desperately to return his comrades to Azeroth. Realizing that they would be trapped on the dying world, Khadgar and his companions selflessly decided to destroy the dark portal so that Azeroth would not be harmed by Draenor's violent destruction.

By all accounts, the heroes were successful in destroying the portal and saving Azeroth - but whether or not they escaped the death throes of Draenor remains to be seen.