From Wowpedia
(Redirected from Bird of Prey)
Jump to: navigation, search

For the hunter artifact trait, see 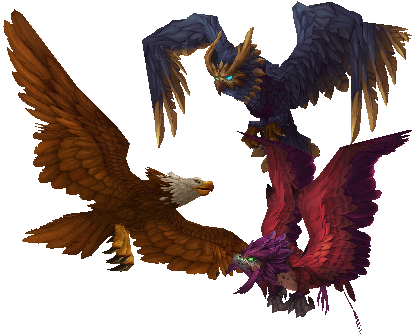 Bird of prey is the classification for birds that do not belong to the carrion bird group. This group includes owls, eagles, hawks, axebeaks, some rocs (most rocs are considered to be carrion birds) and, oddly enough, several parrots and seagulls.

Birds of prey are cunning pets and can

[Snatch] an enemy's weapon, disarming them for 6 seconds, making them especially useful against some classes in player-versus-player combat.