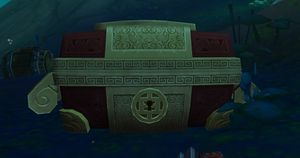 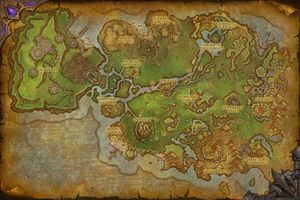 in Nagrand amongst the ruins of a ship. The ship itself was on its way to Mister Knuckles when it was attacked.[1] Before the ship sank, a note was quickly written on the ship's manifest and placed inside a crate, which later washed up on the shores and was recovered from the Iron Horde by the Commander's ships.[2]

The area of the chest is defended by a group of Blackfuse Company goblins, who are attempting to break the chest open.