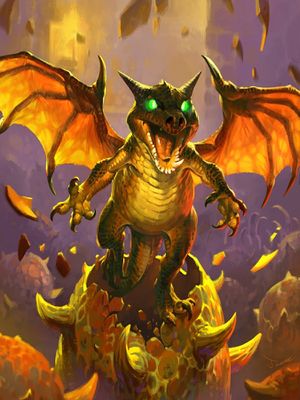 A black whelp in Hearthstone.

Black whelps are the hatchlings of the black dragonflight. 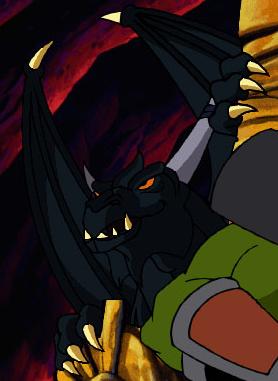 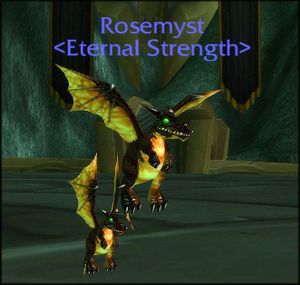 A player in Blackwhelp Form.

[Orb of the Blackwhelp]. Which allows players to transform into a black whelp three times; 15 minutes per duration.

Black whelps are trained to kill from the moment they emerge from their eggs; in some cases, they are ready to fight even before that. Terrible and vicious, these predators delight in inflicting pain on the mortal races. Though many can speak Common and Draconic, they typically do so only to get close enough to strike. The dragon's dark scales make it almost impossible to see as it moves in and out of the shadows.

Unlike most other dragons at their age, black dragons are nearly fearless, quite willing to die in a bloody frenzy in order to inflict as pain as they can on their targets. As such, they are incredibly dangerous, especially in groups; and this is exactly how they like to fight. If encountered alone, a black whelp retreats to find more of its kind, then return to tear apart whatever has invaded their domain. They focus on the same target as the oldest dragon, killing enemies one by one. Whelps delight in using their breath weapons.[1]