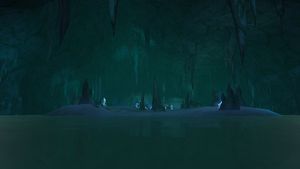 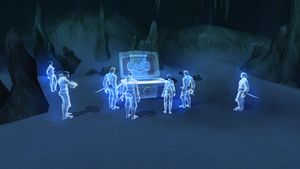 is an underwater cave just offshore to the west of the Timeless Shore on the west coast of Timeless Isle. Occasionally, Blackguard's Jetsam spawns in the place of the (not interactable) Spectral Treasure Chest, and the ghost pirates turn hostile.

As Ambassador Blackguard is a former pirate, he may be related to this place.