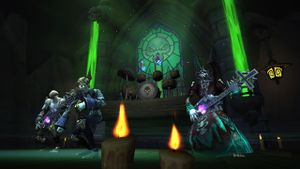 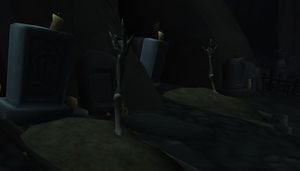 Skeleton hands show out of graves and rock out. 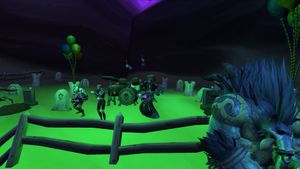 Blight Boar are a Forsaken death metal band playing at the Darkmoon Faire. They perform in Cauldron of Rock off to the east of Darkmoon Isle. The concert happens every hour on the half-hour (1:30, 5:30, 12:30, etc..)

The band also performed during the

[WoW's 15th Anniversary] in the Caverns of Time.