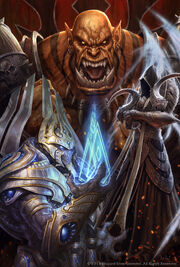 BlizzCon 2013 is a BlizzCon event hosted by Blizzard Entertainment that took place at the Anaheim Convention Center on November 8-9, 2013. There were more than 26,000 people who attended BlizzCon 2013.

The Opening Ceremony and Tournaments are streamed by Blizzard for free.