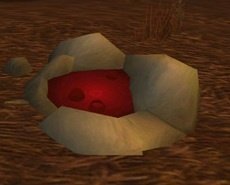 Blood of Heroes is a rare common item that appears on the ground in the Eastern and Western Plaguelands.

Blood of Heroes is found in objects that look like a small dark pool enclosed with many stones. Sometimes due to the geography of the surrounding area, portions of the graphic will be "underground" and only a portion of the object will be visible—this is especially likely if the object spawns on the side of a hill. To ease searching for Blood of Heroes, use control-leftclick on the "World Map" screen to add markers at the locations below.

When touched, it summons one or two tough 60 elites with 9000 health. The elite Fallen Hero monsters will spawn as soon as the loot box from opening the Blood of Heroes appears. Upon spawning the monsters cast a demoralizing shout type spell that slows movement speed by 60% which prevents running. While some classes are able to use abilities such as vanish to escape, the elites will be enough to kill some adventurers like Warriors quite easily. 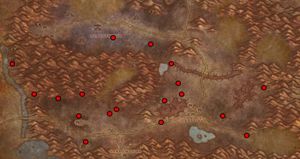 Blood of Heroes in Eastern Plaguelands 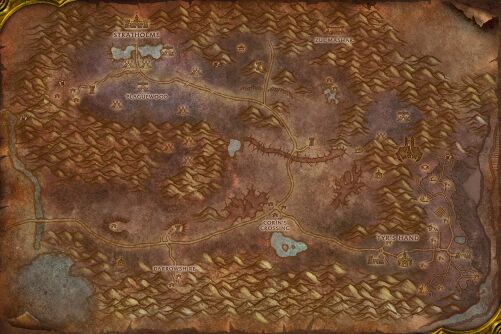 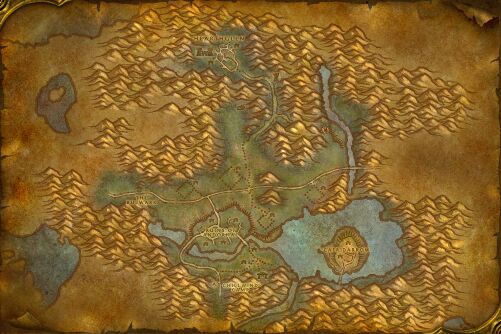 These spawn points are rumored to have different respawn timers, being anywhere from 8 to 24 hours. It also seems Blood of Heroes are more likely to be found just as a server comes back online.

The subject of this section did not make it out of the beta stages of World of Warcraft: 2.0.1.

Two common tactics are used when opening the Blood of Heroes while playing solo:

Solo Hunters should place their pet on defensive and drop a

[Freezing Trap] immediately before opening the Blood of Heroes. The trap will take care of one Fallen Hero, and the pet will distract the other, leaving plenty of time to loot and make a getaway (albeit slowly). This usually involves the death of the pet. If one of the Fallen Heroes eventually gives chase - they have a tremendous aggro range and are very persistent - simply

Mages may spam blink while they are opening the blood after having used autoloot (Shift Right Click), teleporting them far from the Fallen Heroes before they even spawn, thus not aggroing them. Tested only on level 60.