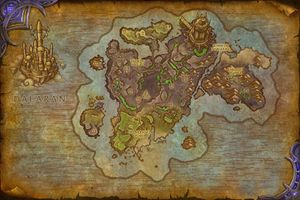 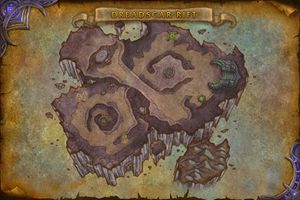 Warlock! We have news from Dreadscar Rift.

A message arrived by raven from Mor'zul Bloodbringer, with instructions that you meet him in Dreadscar Rift immediately!

Will you not hear me out, warlock?

Our task will not be easy, but when this is over it is we who will be the true masters of Xoroth.

Why have you called me here?

Let me cut right to the chase:

Ever since I was "displaced" by the Blackrock orcs in the Burning Steppes, I have continued my research into the dreadsteeds of Xoroth in hiding. During one of my rituals, I managed to capture an odd demon from the other side - one of the ones we call a "wyrmtongue."

After several weeks of questioning, the demon revealed that Lord Hel'nurath has been working to create a more powerful steed for the fel knights of Xoroth.

He calls it the Wrathsteed.

While the wyrmtongue knew little of the steed itself, it is clear that Hel'nurath has thus far only been able to create one. He has gifted it to his greatest general, the fel knight Arax'ath. The tricky part is that Arax'ath seldom leaves Xoroth, preferring to command his armies from afar.

However, I think we might be able to draw him out. For that, I will require your help.

Are you up to the challenge?

The Wrathsteed will be mine!