Bone golems are undead constructs made of bones. They are one of the deadlier types of undead employed by the Scourge. Their long, scythe-like arms can cleave through the heaviest of armors. Fortunately, despite their strength, they seem to be rather rare. The Taam rune is often used in their creation.[1]

They spawned in large numbers and in unlikely places during the Scourge Invasion event, for instance in Silithus. 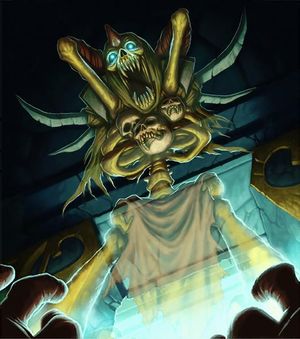 A Shadowy Construct in the TCG. 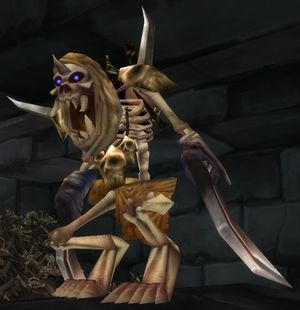 Appendix Three of Manual of Monsters describes a diferent type of bone golem, however, the validity of the source is disputed.