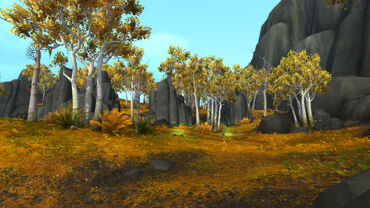 Bronzeleaf Thicket is a small wooded rise near the encampment of Greywatch in eastern Stormheim.[74, 61] 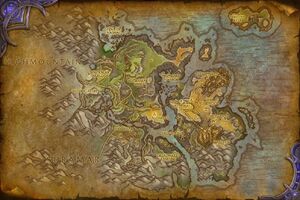 After the Gilneas Brigade established Greywatch, Bronzeleaf Thicket would become a small battlefield between the Alliance and Horde, as Forsaken forces pushed into the area. In doing this, they brought with them stores of the infamous Blight, which they intended to unleash on the Alliance and the local region.[1]

Champions of the Alliance would strike against the Forsaken force, decimating its numbers and recovering valuable military intelligence on the plans of Sylvanas Windrunner.[2] They would also assassinate Apothecary Curseheart to prevent the plague's further spread.[3] 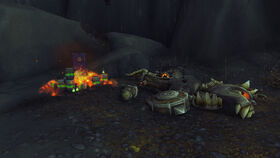 Destroyed Forsaken supplies in the thicket