From Wowpedia
(Redirected from Burrower)
Jump to: navigation, search 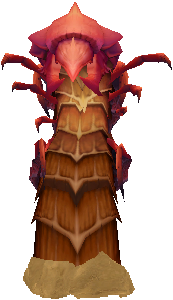 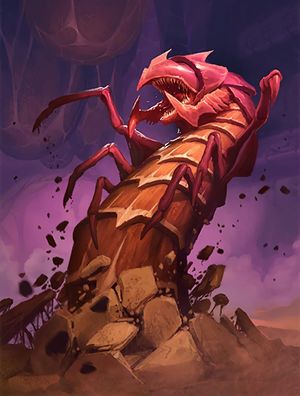 A giant sand worm in Hearthstone.

Sand worms (or bursters)[1] are huge worm-like creatures found on both Azeroth and Outland. These worms have burrowing claws growing from the upper body that enable the beasts to dig through most kinds of soil with frightening speed, often surprising unwary prey by bursting up through the ground beneath the creature and killing it with its sharp beak-like mouth. Often times they can be spotted due to the rumbling of the ground above them. Young sand worms seem to be unable to tunnel and also lack the characteristic claws.

The massive worm Ouro was the first sand worm to be encountered by the heroes of Azeroth, but more and more have since appeared throughout the world.

Dune worms from Warcraft III may be sand worms.