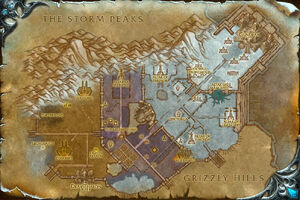 When the Frostwing Halls opened in the Icecrown Citadel Brandon and a few others were added as well. After players reach the Upper Spire, five NPCs teleport in using the Scourge Transporter and proceed to run to the entrance of the Frostwing Halls, awaiting the players to join them.

While fighting through Icecrown Citadel, there is a chance that Brandon will be slain by Sister Svalna and raised from the dead to fight against you. This however seems to be dropped as he later appeared alive.

He joined the Silver Hand and is located in the Sanctum of Light.

Little hairier out here than you expected, <race>?

Can't say I'm surprised. I hear that from most everyone who makes it this far. 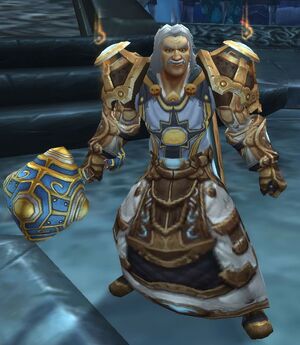 Teleporter
By the Light! The transporter worked!

Death
No amount of healing can save me now. Fight on, brothers...

Raised
What? This strength...? All of the pain is gone! You...must join me in the eternal embrace of death!

Killed a Player
It doesn't hurt anymore, does it?

After Sister Svalna's death
You have done much in this war against the Scourge. May the light embrace you.