From Wowpedia
(Redirected from Chest (container))
Jump to: navigation, search

Were you looking for chest armor items? 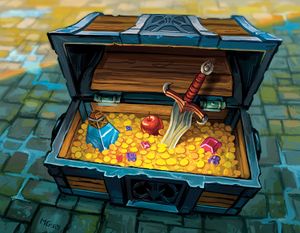 A treasure chest full of loot in the TCG.

A chest is a world object that can typically be found near various humanoid encampments. The contents of the chest vary with its level and apart from a leveled amount of money it will usually be comprised of tradeskill materials, food and drink, or the occasional piece of equipment.

Opening chests takes a bit of time, and chests cannot be opened while in battle. Some chests may be locked, and will need to be opened with a key, an explosive charge made by Engineers, or by a rogue's Lockpicking ability. Opening chests will usually draw aggro from nearby unfriendly and hostile enemies.

Opening a chest without looting it will make it disappear after 5 minutes.[citation needed]

Since Patch 2.1, lootable world objects (such as chests) follow group loot rules, meaning that group members would be able to distribute loot found in chests just as they would on drops from ordinary mobs. 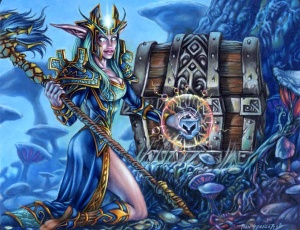 A night elf priestess about to obtain some hefty loot in the TCG.