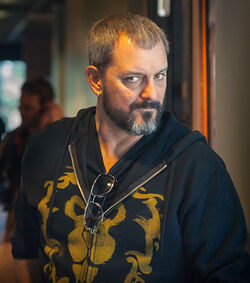 Chris Metzen is the former Senior Vice President of Story & Franchise Development at Blizzard Entertainment.[1][2][3] He announced his retirement on September 12, 2016, citing a desire to spend more time with his family.[4] Metzen was succeeded by Lydia Bottegoni.[5]

Picture from Faces of BlizzCon 2007.

Metzen began his career in Blizzard Entertainment as an artist[6] in 1994, at the age of 19.[7] He began working on Warcraft: Orcs & Humans late in the game's development.[8] Storyline was left to Allen Adham and Ron Millar.[9] In Warcraft II: Tides of Darkness he took a bigger role as the designer of the story, but also made artwork and voice acting.[10] In Warcraft II: Beyond the Dark Portal Blizzard Entertainment outsourced Cyberlore Studios to do the game and Metzen was in charge of storyline consultation and editions.[9] He served as the creative director of Warcraft III: Reign of Chaos.[8]

In the 2000s, Metzen came up with the concept of "strike teams" that were not assigned with any of Blizzard's numerically-designated development teams, in order to provide feedback and keep the company's culture intact.[7]

Metzen worked with Blizzard's cinematic team, and gave feedback on its storyboards.[11] He was also credited as creative director for Overwatch.[12]

His style characterized the earlier Warcraft, StarCraft and Diablo series and he eventually became art director.[2] His position in creative development gave him the reins over lore and storylines created for the games of the Blizzard franchises, the foundations of which were laid by previous designers.[9] Metzen later served as co-producer of the 2016 Warcraft film,[13] and wrote the story for both the film's prequel novel Warcraft: Durotan and novelization. The last Warcraft project Metzen worked on before his retirement was the intro cinematic for World of Warcraft: Battle for Azeroth.[14] 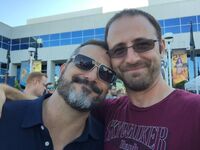 Metzen with Terran Gregory at his Blizzard farewell party

In September 2016 Metzen announced his retirement, at the age of 42, after nearly 23 years at Blizzard. In a special post on all Blizzard forums Metzen shared the story of his entry into the games industry, his experience working at Blizzard, and the importance of friendship in gaming, describing Blizzard as a "tribe" and a "second family". He explained that he chose the word "retire" to reflect that he was not moving onto new projects, but stepping back from all projects, saying it was "time to slow it down" and to focus on "the one thing that matters most to me in all the world—my family", including his newly arrived third child.

The announcement saw a large response on the forums and social media from players and coworkers alike, and was reported across the gaming media and beyond.[15][16][17][18] World of Warcraft Systems Designer Russ Petersen remarked, "One man's contributions to a large project are sometimes overstated. Not so for [Chris Metzen] and Warcraft. It wouldn't be, without him."[19] Metzen later confirmed on Twitter that he would continue to voice Thrall.[20] 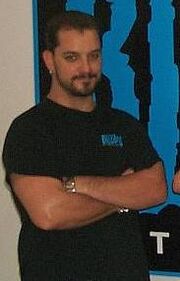 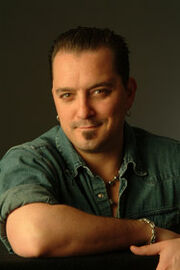 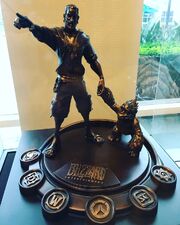 Blizzard made a homage to him at Blizzard HQ.

SonsOfTheStorm.com Profile on Sons of the Storm

SonsOfTheStorm.com Art Gallery on Sons of the Storm