Ciarin was a dwarf that was contracted by Maddox.[1] 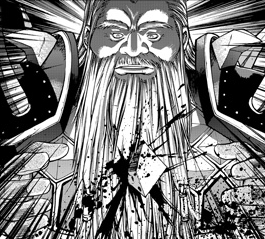 Ciarin was killed during the battle.

Ciarin and Lelior were commarades that raided together with other people. They went to the Temple of Atal'Hakkar, but Ciarin claims he was the leader while Lelior says he was a coward during the battle against Atal'Hakkar Priests.[1]

One day they were contracted by Maddox to fight against the Scourge in Andorhal. They passed by the farm of Halsand, whom later joined them to the battle. When they arrived to Chillwind Camp their army consisted in no more than one hundred soldiers.[1]

The army divided in two, Ciarin falled in the direct command of Maddox and they entered to Andorhal, there they fought against ghouls but then, he was stuck from behind by an undead. His wound was so intense that a healer couldn't save him. His friend and rival Lelior closed his eyes and gone to fight the Scourge full of rage.[1]