For the Mount Hyjal quests, see 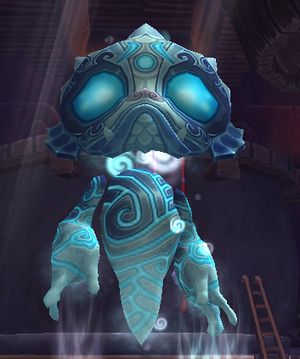 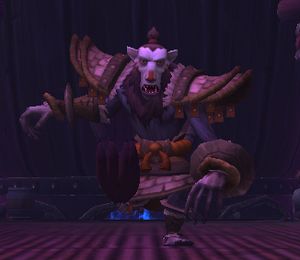 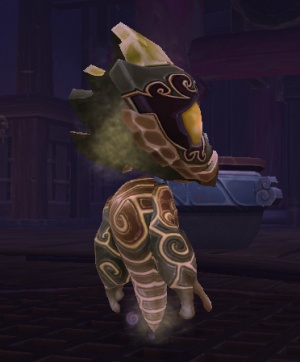 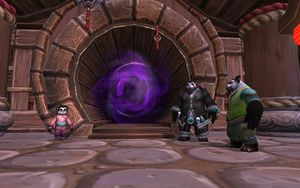 If somebody doesn't do SOMETHING to take care of this brewery, we'll lose it forever. And there's far too much family history - and beer - in there to risk wasting.

So... we're going to break in through the back door. You, Li Li, Mudmug, and me.

It's gonna be a brawl in there.

Let me know when you're ready.

You will also receive: 30

Take a look around - it's a lot calmer outside. All the brewery needed was somebody strong to take care of it.

It's going to take some time to clean this place up, but I don't really mind that so much.

You ready for a brawl, <name>?

<Crack your knuckles and nod your head.>

The event inside runs on a timer - depending on when players say "yes" to Chen they will join one of three fights, either with Mudmug against Eddy, Li Li against Jooga, or Chen against the Fizzy Yellow Alemental.

Eddy is a level 87 water sprite with 2.1 million health. Every quarter of his health he will pop an immunity shield that must be removed by running over bubbles on the ground, then clicking on the weakened shield.

Speak with Mudmug to start the encounter:

You ready to do this? I'm ready to do this. I'm fixin' to make a puddle out of that critter.
It's just... well, I ain't much of a bruiser, and I get skeered real easy. You're the <class> here. You gonna... you gonna protect me, right?

Run over the small bubbles to weaken Eddy's [Watery Shield]!

Click on Eddy's weakened [Watery Shield] to pop it!

Mudmug says: Nice fightin'... real hero-like. Y'all should check in with Li Li, up ahead.

Jooga is a level 87 hozen with 760k health. He is fixated on Li Li and cannot be normally tanked. While running around, he is slippery, making him prone to dodge attacks and deflect spells. Kick a barrel on the ground at him to stun him for a few seconds.

Speak with Li Li to start the encounter.

This guy's a little bigger than I thought he'd be.
You think it's from drinking beer? I know too much beer makes you fat, like Uncle Chen, but I didn't think it'd make you any taller.
Either way, I don't think I can take this guy on alone.

Kick a barrel at him:

Li Li says: Uncle Chen's waiting up ahead. You go find him. I'll stay here and mock this unconscious monkey.
Li Li yells: Not so tough now, are you? That's right. You look so dumb laying on the ground. Don't make me make <name> throw more barrels at you.

Li Li says: I think we're all done here! Let's meet up with those two oafs at the brewery's back entrance.

First, start by speaking with Chen to get him started clearing the room of minor alementals, with 9218 health each. Chen can clear big bunches of them by just leaping on them. Once all of the mini-mentals are defeated, they jump to the big pot at the far side of the room, forming the Fizzy Yellow Alemental, a level 87 alemental with 6.5 million health and the following abilities:

Speak with Chen to start the encounter:

What is going on inside this brewery!? Has nobody maintained this place? Where are the brewers?
Where is my family...?
They must have gone somewhere. If they were here, then they'd be cleaning up this mess! For now, looks like it's up to you and me, <name>. You ready?

Chen Stormstout says: I think we've done enough damage for one day. Let's meet up with the other two at the brewery's rear entrance.

Once all three are done the player winds up outside again. Speak to Chen to turn in. Chen will offer

[87D] Into the Brewery, an intro quest into Stormstout Brewery, while Emmi offers the quest