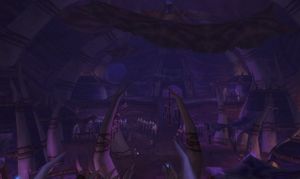 The Cleft of Shadow. 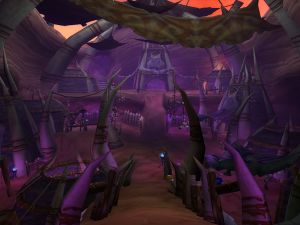 The Cleft of Shadow before Cataclysm. 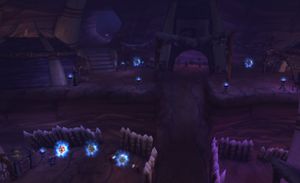 (or the Cleft of Shadows)[1] is home to Orgrimmar's rogue, mage, and warlock trainers. It is also the location of the entrance to the Ragefire Chasm instance and is inhabited by the less-than-savory denizens of the great city. Its Arcane Enclave also has the second of the city's portals to the Blasted Lands, the first being in the troll-designed Valley of Spirits.

Garrosh Hellscream, having an extreme hatred of warlocks, put them under guard by the Kor'kron and shadowmages. Many of the warlocks were later executed, and after the Siege of Orgrimmar a stone plaque was put at the entrance of the area in memory of all who died during the battle.

During Saurfang's rebellion, the entrances to the Cleft of Shadow were barred.