For the mechagnome character, see Clockwerk. 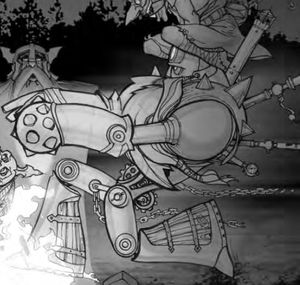 The Clockwerk Goblin in Warcraft III.

Clockworks, also known as clockwerks,[1][2] are a type of technology created from gears, steam, and other simple mechanical devices. The most famous clockwork mechanisms are mechanical devices and automatons, including goblin shredders and the race of self-reproducing clockworks, the automatons or the devices use perpetual motion or near-perpetual motion to function over long periods of time without recharging.[citation needed]

Other races have also created their own clockwork automatons; although these other designs generally lack sentience and the sophisticated ability to reproduce on their own. Makil, the goblin tinker wanted to make little tiny clockworks that could sneak around at night.[3] The goblin Ziggler made a clockwork dwarf.[4] 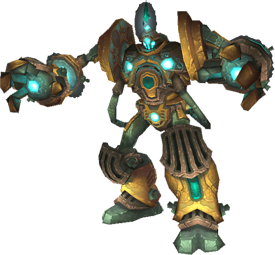 A clockwork giant as seen in Ulduar.