Colossus of the Moon 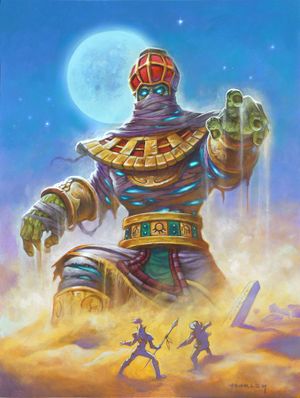 The Colossus of the Moon is one of two giant statues (the other being the Colossus of the Sun) created to guard the artifacts that serve as the key to opening the chest containing the powerful Scepter of Orsis. They are both found initially buried to their chests in sand within the city of Orsis in Uldum, non-interactive until players attempt to take the artifacts from them. It is then they unbury themselves and become hostile.