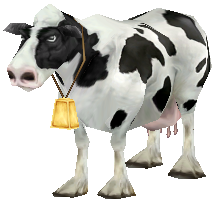 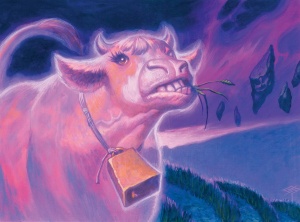 Cows are the most common type of large domesticated ungulates. They are specifically bred to produce large quantities of milk processed and sold for consumption.

It is unknown if cows are related to the tauren, both of which originated on Azeroth. Fleet Master Seahorn remarks that most non-tauren find tauren and cows indistinguishable.[2]