For other uses, see Crucible (disambiguation). 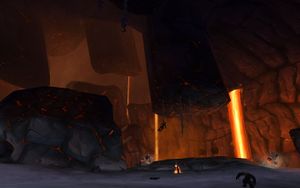 The Crucible of Flame. 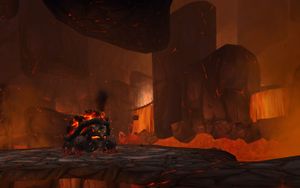 The Crucible of Flame is a corridor within the Firelands not only used for troop movement but other devious things. The only way to access this area is through the flamegate in the Scorched Plain of Mount Hyjal. Garunda Mountainpeak does not know what the place is exactly used for, unlike the other areas, however, the place is littered with charred and tortured corpses, some partially eaten and others simply beaten or crushed.

After Nemesis is killed Garunda will escort the Children of Tortolla safety out and destroy the flamegate.